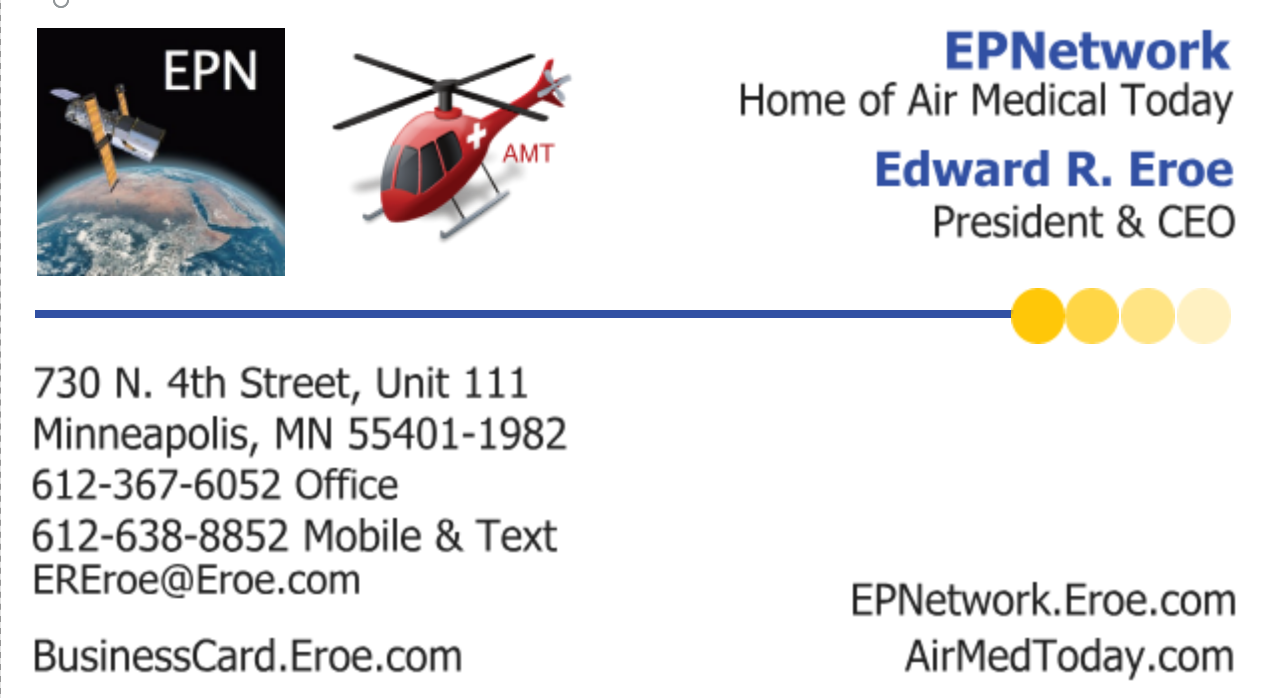 Edward Eroe is the President & CEO of the EPNetwork which was founded in January 2009 by Mr. Eroe to provide news & information on topical areas that do not necessarily receive regular news coverage nor in depth exposure. Currently, there are news & information RSS Feeds for Air Medical Today and the Birchleggings Club as well as podcasts called Air Medical Today, which covers the air medical industry / community. In the past, he developed podcasts for Birkie Web, which provided updates on the American Birkebeiner Ski Race and the Kansas Cyclist, which provided bicycling news from Kansas and surrounding states. The EPNetwork uses the social media sites of Facebook, Twitter, LinkedIn, Instagram, Pinterest, and YouTube.

For the five years preceding, Mr. Eroe was a Partner and the CEO of MedServ Management Services in Platte City, Missouri. MedServ manages air medical programs in conjunction with host hospital systems and is an affiliated company of Fitch & Associates, an internationally known EMS consulting firm. He worked with several hospital clients around the country and oversaw turn around management contracts in Columbia, South Carolina; Spokane, Washington; and Seattle, Washington where he served in acting CEO roles of consortium programs.

Mr. Eroe is an alumnus of the University of Michigan School of Public Health Graduate Program in Health Services Administration. He holds his Fellowship in the American College of Healthcare Executives (FACHE), his Certified Association Executive (CAE) certification from the American Society of Association Executives, and his Certified Medical Transport Executive (CMTE) from the Association of Air Medical Services. (AAMS). Edward was the 2014 recipient of the Program Director of the Year Award from AAMS for his leadership at Life Link III.

Mr. Eroe is a Past President of the Triangle Healthcare Executives’ Forum, the National Capital Healthcare Executives, the Michigan Association of Air Medical Services, Association of Air Medical Services (now called Chair), Kalamazoo County Alliance Against Drinking & Driving, past Chairperson of the Southwest Michigan Quality Council, past Secretary/Treasurer of the AMSA Foundation (now called MedEvac Foundation International), past Vice Chair of the Association of Critical Care Transport, and has been an Instructor / Regent for the Medical Transport Leadership Institute.

Edward has completed 46 Nordic Ski Marathons and is the Webmaster, Social Media Coordinator, and Board Member of the Birchleggings Club, a club made up of those skiers that have done twenty or more American Birkebeiner ski races in Northern Wisconsin. He is also an avid bicyclist and has done 105 statute century rides and works part-time at Freewheel Bike in Roseville, Minnesota. Edward is a past board member of the Twin Cities Bicycling Club, a past Chair of the Technology Committee, and is currently leading Bike University and the Green Miles program and has been a ride leader for 11 years. He is a past board member of the National EMS Memorial Bike Ride, which puts on multiple day long distance bicycle rides in five areas of the United States to recognize those individuals lost in EMS the prior year. Mr. Eroe has volunteered with the Loppet Foundation in multiple roles, including development, assistance at the City of Lakes Loppet races, as a Minneapolis Parks Ski Ambassador, and with promotion of the 2020 World Cup Race which was to be held in March 2020 before being cancelled due to the COVID-19 Pandemic. 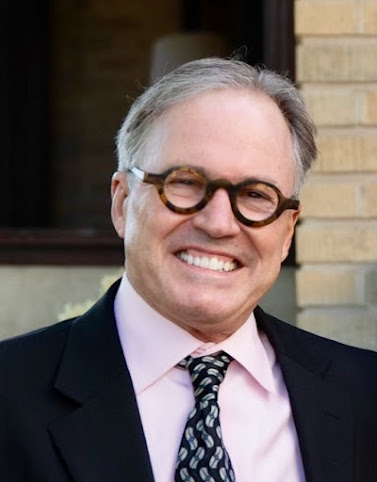